Osun State Governor, Adegboyega Oyetola, on Tuesday, inaugurated a committee to work out the modalities for the implementation of minimum wage for all workers in the state.

He also assured that nothing would make him to discontinue payment of full workers’ salaries as and when due, adding that the workers’ welfare is very important to his administration.

Oyetola spoke at his office while inaugurating the committee, urging them to ensure that they arrived at a reasonable amount of increment that would not be capable of stopping the government from paying salaries as and when due.

The governor, who said the administration would work through the committee to arrive at a soft landing that would be pleasing to both workers and government, commended the labour leaders and the entire workforce for their cooperation and sense of understanding in the last one year.

He said, “I thank the leadership of labour for their level of cooperation in the last one year. You made my transition from Chief of Staff to Governor very simple. The welfare of workers is very important to me. That’s why we pay their salaries promptly and in full.

“We’re committed to paying the new minimum wage. But we need to now double up our IGR. It is very important to collectively drive the IGR because it is the only source for payment of the minimum wage.

“Thank God we’ve spent one year without rancour, no strike. We’ll work together to have a safe landing that will be acceptable to the two parties. I’m delighted to see this committee being inaugurated.”

Earlier in his address, the Head of Service, Dr. Festus Olowogboyega Oyebade, commended the governor for putting an end to the suffering of the civil servants in The State of Osun.

He congratulated the governor for a hitch-free 2019, adding that the good people of Osun would have a reason to smile in the new year 2020.

In his reaction, the Chairman, Joint Negotiation Council (JNC), Comrade Bayo Adejumo, assured that the labour leaders would cooperate with the government to avoid a “war-war type” of negotiation.

He lauded Oyetola for being always supportive of workers in all negotiations from his days as Chief of Staff till now as governor, adding that the current administration had implemented most of the past agreements reached by the government with labour.

“Today we are happy that we have no regret supporting his emergence. Most of the agreements we entered during the time are being implemented now by his administration.

“While commending you for prompt payment of salaries in full, we assure you that this negotiation will not be a war war type. We will apply scientific negotiation in a very conducive manner. We have absolute confidence in your leadership,” Adejumo said. 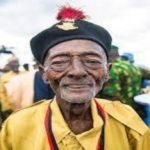 Just In: The Oldest Surviving Nigerian Soldier Is Dead 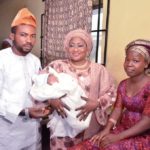