Marlian Music VS NDLEA: What You Need To Know

The arrest of Marlian music artistes, Mohbad and Zinoleesky is shadowed with a lot of controversies. However, this article will be providing you the neccesary information.

According to multiple reports, five people, including Naira Marley’s sister were arrested in the midnight of yesterday. The reports claim the NDLEA made the arrest because of how Zinoleesky and his friends displayed marijuana in a video published on the internet few hours after the release of the singer’s latest single titled Rocking.

Naira Marley return to Nigeria because of the arrest of his artistes; Zinoleesky and Mohbad. Shortly after, Naira Marley went on Instagram live, looking tired and frustrated, he didn’t say anything throughout the whole session.

A just few minutes video of mohbad on is Instagram live saying “if he dies today it’s marlian music and naira Marley that killed me”-#mohbad 😣😣😣 pic.twitter.com/nKXwuP876C

Hours after their arrest, Mohbad was released and immediately went on Instagram to say that if he dies, Naira Marley and the whole Marlian crew are responsible. Shortly after, Naira Marley said what he and his artistes are facing seems like a pattern and maintained his displeasure over what is going on. He claims Mohbad has been freed after several tortures inflicted on him. Zinoleesky, however is still in custody.

NDLEA have released Mohbad after physically assaulting him, Zinoleesky is still in custody. The boys are under a lot of stress after being ambushed in the middle of the night with no warrant. I’m urgently returning to lagos now now now

The question on the lips of everyone is why Mohbad said that if he dies, it is Naira Marley and the Marlian crew that killed him. Share your views and opinions in the comments section below. 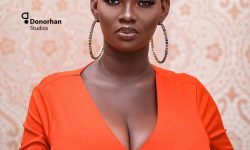 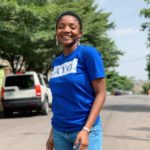 Who Replaced Simi In Nigerian Idol ? Reason For Her Absence Revealed