Oyo state governor, Engr ‘Seyi Makinde is among 11 state governors yet to publicly take the COVID-19 vaccine jab after taking delivery of their consignments from the National Primary Health Care Development Agency (NPHCDA).

While some of the governors asked their deputies and health commissioners to launch the vaccination without publicly taking the vaccine, others are yet to kick-start the campaign.

The Oyo Commissioner for Health, Dr. Bashir Bello, had confirmed that the state received a total of 127,740 doses of the AstraZeneca brand of the vaccine. He said the state was still putting in place measures to perfect the vaccination process, especially in view of complaints in some countries, particularly European nations such as Sweden, Denmark, Norway, and France.

Hon. Bello said the state had put in place precautions to protect anyone vaccinated from risk.

“We, too, in Oyo State have to take some basic precautionary measures. One of the measures was that we ensure first of all, because of the potency of the vaccine, the type we got was the one that can only operate within two degree centigrade to eight-degree centigrade, which we have at our Jericho Cold Store.

“We are trying to ensure that the state modifies its own website because it is a national website for those intending to take the jabs and this has given rise to some misconceptions because some people wrongfully thought Oyo State has got the vaccine and they don’t know what we are doing.

“So, we are trying to take the precautions along with the vaccination procedure.” 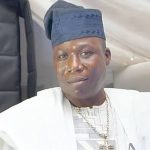