Makinde Speaks On Plot To Dump PDP For ADC

Governor Seyi Makinde of Oyo State has denied reports that he was planning to dump the Peoples Democratic Party (PDP).

Recall that reports had emerged that the Oyo state governor was planning to dump the party after a disagreement with PDP leaders.

But the Chief Press Secretary to Governor, Mr. Taiwo Adisa, has described the viral news as another falsehood being contrived by some enemies of progress.

He stated that those behind the fake news are bent on maligning the governor at all cost.

Adisa noted that Makinde has remained a strong pillar of the PDP for many years and is already leading the mission for its resurgence in the South-West.

He said, “There is a concocted lie doing the rounds about Governor Seyi Makinde of Oyo State planning to dump the PDP.

“This is the latest in the rounds of false reports and fake news, weapons which some individuals have employed to wage a needless war against the governor.”

It will be recalled that a chieftain of the PDP who spoke on the condition of anonymity according to the report monitored by Naija News on Daily Post, said Makinde’s decision was stirred by disagreement with some top members of the party in Oyo.

The anonymous source disclosed to newsmen on Sunday, February 7 that the Oyo State governor would be joining ADC immediately after the forthcoming local government election in the state. The source quoted Makinde as saying that he was not satisfied with the current leadership of the PDP in the state.

The governor is said to have been in contact with ADC chieftains among whom are Mrs Monsurat Sunmonu, a former Speaker in the State to have a smooth defection to ADC.

Ngnews247 understands that the PDP chieftain backed his claims with Whatsapp conversation screenshots between Makinde and members of the PDP in the state.

He further alleged that Makinde left the social media group created by the Publicity Secretary of the PDP, Engineer Akeem Olatunji on Saturday evening after confronting Olatunji for posting a video of Fulani herdsmen attack on residents of Ayete, headquarters of Ibarapa North Local Government Area of Oyo State. 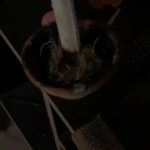 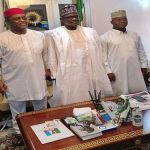