Man, I know everybody in the world talking about God’s plan, but
The Devil’s got a plan too, my nigga, and I seen it
It’s Dax!

See the Devil caught me with my head down, coulda swore he found a ‘lil victim, huh
Illuminati tried to call me, man, I had to hang up tell ’em they was tripping, huh
Momma called me on the next day, told me, “‘Lil bro went missing”
Now I gotta get ’em, everybody listen, I don’t even know, they prolly fucking killed ’em
This a fucking diss track to the devil, nigga
I don’t wanna join yo stupid teams wack
Got a missed called from yo bitch ass and my bitch ass won’t call back, just fall back
Nigga moving at a different speed
Money, cars with the clothes hoes all dope shit, but don’t really need
Still got it, only drink no pill popping
Too expensive not bill stopping
Dax dancing with devil he ain’t on my level so I’m never crisscrossing, just Chris boshing
Dunking on ’em in the lightest way
Got the devil on me, tryna medal on me
So I’m sitting waiting on brighter day
I gotta find a way, cause I could die today
Real shit no fake story
Had a car crash and my shit blew and I’m still here
That’s God’s glory
Same week had house fire one door down das Robert Horry
Got lucky swear they tried to kill me, now I had to come and tell you all my testimony
Told that bitch nigga stop talking, huh
I don’t really wanna hear it, huh
Less you spelt it with a G.O.D nigga I ain’t finna fear it, huh
God got me on appearance, huh
Devil keep on interfering, huh
Tryna make a nigga sign, told ’em get in line
I’m the nigga steering
Told ’em get back I ain’t trynna play
Nigga got mad took my family
Nigga was sad didn’t know what to say
All that I had money I had saved
Empty the bag, took it out the safe
Promised a jag, put me in a rafe
Bitches to smash and they gimme face
Pocket so fat, put me in a place
See The devil tried to get me nigga had to stop it
I was doing work and making hits recording out the closet
Cleaning overnight and paying for it all up outta pocket
Ain’t nobody listen now they tell me that I fucking got it
Now the devil clap when he see me, back track when he see me say damn their that nigga go Dax
Nigga bows down when he see me, couse my soul wasn’t easy, give it up I will never do that
Never do that, this is not rap
Real God’s plan, put God on the map
And then watch ’em react to the fact that the best in the game is saint and he don’t even trap
Trapped, trapped in age where the media faked, and booties is phat and the titties is fake
And the ones who is real, is the ones that you hate
But the ones who would kill, is the ones you say great
That’s facts nigga, social media a trap nigga
Build you up then it’ll break you faster than it built you shit will make you crash nigga
Stay protected my pen and my pad nigga
Give a sermon deliver yo ass nigga
Been to Burden I knew it was certain, I’m saving the world yeah I’m teaching a class nigga, better pass nigga
Need a A not B, please do not fail cause you will C
That not many rappers be doing this
They smoking on weed and popping E
I’m giving em F’s while I’m a G
I know they gon H, they see that winning is destiny fate, my nigga
Haha, listen, huh
This is Dax all day, the devil is masked always
Came to me in a dream recruiting for team, he promised the green and all fame
I told him no need is ball game
They call me drew brees I’m all saints
I been in the league, I kill it with ease, I really don’t need a boss man
I told him it’s God’s plan
I’m working with God’s plan
Ain’t fucking with you I want God’s plan
Ain’t signing with you I need God’s plan
Fuck all the money it’s God’s plan
Take all it from me it’s God’s plan
You will not run me it’s God’s plan
You will not son me it’s God’s plan
This is God’s plan this is YA 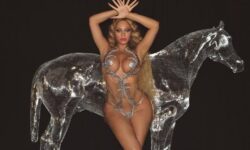 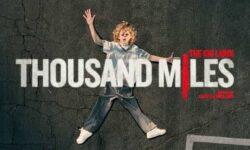 LYRICS: Wizkid – Bad To Me