Lagos State Government, on Monday, said it has specified about N11 billion for its ‘Snacks for Thought’ programme.

The Governor of the State, Babajide Sanwo-Olu, said the programme was designed to complement the home-grown-school feeding programme of the Federal Government which covers only pupils in primary 1 to 3.

Special Adviser to Sanwo-Olu on Civic Engagement, Aderemi Adebowale, disclosed this at a ministerial press briefing to commemorate the second year in office of the administration.

“The programme will cost the government N11 billion, we are going to partner on this. We already have volunteers that will work with us; over 400 volunteers are ready to partake in it.

“Multiple indices indicators published by UNICEF in 2018, stated that 229,264 pupils are out of school in Lagos State. In order to curb this rising numbers, we need more than statutory allocations.

“Interventions, such as these, will not only increase the rate of enrolment, but will impact positively on gender parity and equality, while also serving as a preventive security measure in reducing crime and hooliganism that may later disrupt the socio-economic life of the state.

“Snacks-For-Thought deals with children’s physical and cognitive development by focusing on enhancing their learning experience, which primarily starts with the child mental disposition,” she said. 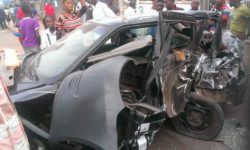 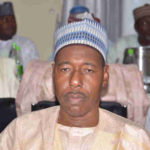