A Nigerian woman has cried out on social media after playing a fake pregnancy prank on her boyfriend, which backfired.

She altered with a pregnancy test strip to make it appear as if she was pregnant and carrying a child for her boyfriend.

The girlfriend intended to use the lie to extort money from him under the guise of carrying out an abortion.

Unfortunately for the lady, her boyfriend was unwilling to accept responsibility for the alleged child, so he ended their relationship and told her to find the real father.

She lost both ways as she did not get the money and her relationship ended just because of a prank.

She took to her TikTok page to lament to her followers about how a ‘harmless’ prank led to the end of her relationship of three years. 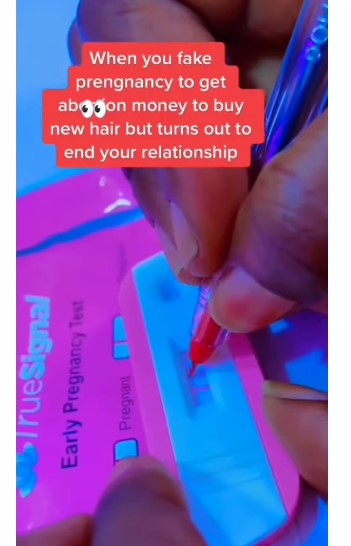