Kontagora Kingmakers said they were waiting for the Niger State Governor, Abubakar Sani Bello, to announce the new emir of Kontagora after successfully conducting the election Sunday.

The stool became vacant following the death of Sarkin Sudan Saidu Namaska after 47 years on the throne.

The monarch, who until his death was the Vice-Chairman, Niger State Council of Traditional Rulers, ascended the throne in 1974 as the sixth Sarkin Sudan, Kontagora.

An online platform, Dateline Nigeria, Sunday reported that a businessman, Muhammadu Barau Muazu, had been elected as the new Emir.

Muazu is the grandson of Alhaji Muazu Ibrahim – the Sarkin Sudan who reigned from 1961 to 1974.

When contacted yesterday, the Chairman of the Electoral Committee, Alhaji Shehu Yusuf Galadima, kept sealed lips on the process.

But, the Chairman of Kontagora Local Government, Alhaji Shehu S. Fawa, who confirmed that the election had been concluded and was peaceful, said only the governor had the mandate to announce the winner.

“The kingmakers did their best but only the Executive Governor of the state, Alhaji Abubakar Sani Bello, has the mandate to declare the winner who will be the substantive new emir. They are 47 in number and it is only one that is going to emerge. So, whoever that emerges is among them; they are all families,” he said.

The process witnessed heavy security presence from military, the police, Nigerian Security and Civil Defence Corps, who took control of all roads that led to venue of the election while some were seen patrolling the town. 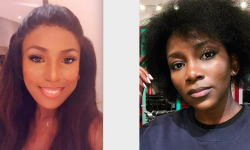 Genevieve And Linda Ikeji Who Is Richer ? Base On Net Worth 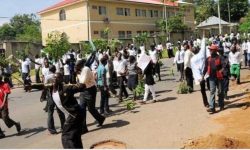