Klil Kimhi Sinkhole: After being sucked into a sinkhole that appeared under a swimming pool, a guy drowned. Klil Kimhi, 32, passed away on Thursday after being pulled into a vortex at the bottom of the swimming pool at a property his marketing firm had rented in the Israeli town of Karmei Yosef. Let’s see Israel Sinkhole Accident.

Contents hide
1 How Did Klil Kimhi Die?
2 Israel Sinkhole Accident
3 Who is the Property owner?
4 What is Sinkhole?
5 Is the pool didn’t have a license?
6 Who is Klil Kimhi?
7 What is the pool’s lifeguard said?
7.1 Read Also: 👇🏿

How Did Klil Kimhi Die?

Sources claim that Klil perished in what seemed to be a sinkhole that developed beneath an in-ground pool in the Israeli hamlet of Karmei Yosef.

Klil Kimhi, 32, died on Thursday after being dragged into a vortex at the bottom of the pool at a property his marketing company had rented in the central Israeli town of Karmei Yosef.

Local reports in Israel state that the body of Kimhi was discovered a few hours after the search had been finished by the emergency personnel.

One of the partygoers reported that there were roughly 50 people gathered around the pool when the sinkhole suddenly appeared.

According to the eyewitness who spoke to Channel 12 news, “the water level suddenly started decreasing and a hole opened up, generating a vortex that swept two persons within.”

One person who was temporarily swept into the deep waters managed to escape with only minor injuries, but Mr. Kimhi was declared dead at the scene when his body was found hours later at the end of a 15-meter tunnel. 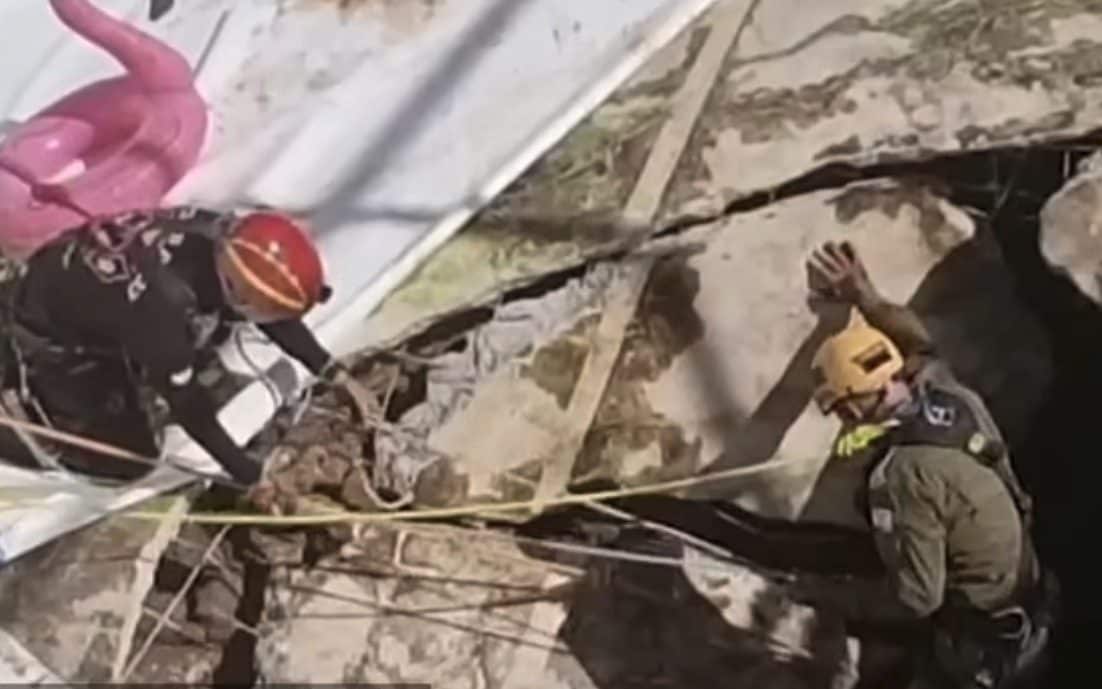 Who is the Property owner?

The property’s owners, a couple in their 60s, were detained on suspicion of causing a fatality via negligence.

The enormous swimming pool was seen draining into a gaping hole that opened at the bottom and suckered in inflatable toys with the water in a video shot at the time.

Dance music is playing in the background as spectators sit by the pool’s edge and watch as a man trips and nearly falls into the hole.

Prof. Shmuel Marco of the geophysics department at Tel Aviv University believes that rather than a geological fracture, the sinkhole most likely developed as a result of subpar construction.

According to him, the earth there was probably undermined by water that leaked underneath the pool. “In that area, there are no known natural sinkholes.”

It was “a pretty rare situation,” according to a paramedic who responded to the call.

Is the pool didn’t have a license?

According to Israeli Ynet news, rescuers had to reinforce the structure to prevent additional collapse before lowering a rescue dog with a GoPro camera fastened to it into the hole.

According to Israeli media, a couple in their 60s who owned the villa, which was routinely rented out for parties, had constructed the pool without a licence.

According to public broadcaster Kan, the site’s problems would not have allowed for authorization to be granted.

Who is Klil Kimhi?

Klil Kimhi, a 32-year-old guy, met his untimely death while out celebrating work accomplishments with his coworkers at a private gathering hosted by a business that provided space for its employees.

What is the pool’s lifeguard said?

Aviv Bublil, the lifeguard on duty at the pool party, described what he witnessed as a vortex in the water. She said that although she had yelled for the guests to leave the pool, they had refused since they believed it to be a game. Brianna Grier Cause of Death: How Did Georgian Woman Die? EXPLAINED