Kingibe Fingers Obasanjo As One Of Architects Of June 12 Annulment

Ambassador Babagana Kingibe , the running mate of late MKO Abiola in the 1993 presidential election, has alleged that former President Olusegun Obasanjo was one of the architects of the annulment of the June 12 election, Naijaparry reports.

The former Secretary to the Government of the Federation made the allegation while appearing on Nigerian Television Authority (NTA) on Wednesday.

He said that though, Obasanjo attempted to convene a meeting of statesmen to address the aftermath of the June 12 crisis, President Muhammadu Buhari only attended the inaugural meeting and stopped because of the direction of the session.

“And I think President Muhammadu Buhari did attend the meeting once, the inaugural meeting. I understood that when he (Buhari) saw the direction of the meeting, he decided not to attend again.

“Every time the issue of the annulment came up over the years, his position was very clear; he was very firm that the election was free, fair and there was a clear winner. And that the annulment was unjustified.

“So, having had the opportunity, perhaps, to right the wrong, I won’t be surprised he did so because it is in his character to try and do justice, however, belated and under whatever circumstances.” 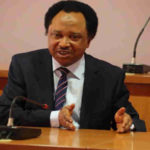 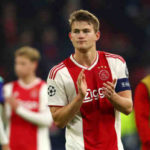