Governor Nasir El-Rufai of Kaduna State has said Fulani herdsmen making millions of naira from kidnapping will never repent and leave the forest.

Recall that renowned Islamic scholar, Shiekh Ahmad Gumi, who has been on a tour to various bandits enclave, had called on government to negotiate and grant amnesty to them.

But speaking to BBC Hausa on Monday, the Kaduna governor pointed out that his administration is at war with bandits and so cannot negotiate with them.

He said he would never forgive or compensate for bandits, stressing that elimination is the only solution to banditry in the region.

According to the governor, bandits don’t believe in religion which is why they killed without mercy.

‎He said anybody that thinks a Fulani herdsman that was used to only getting N100,000 in a year after selling a cow, but now getting millions from kidnapping for ransom will stop is only wasting his time.

El-Rufai said: “We lack unity among ourselves (governors) in this region to work together to eliminate these bandits. We in Kaduna and Niger state are still communicating‎ on how to end this problem. The Niger governor use to call me and we discuss.

“Anybody that thinks a Fulani man that ventured into kidnapping for ransom and he is earning millions of naira would go back to his former life of getting N100,000 after selling a cow in a year must be deceiving himself.

“Why should they be compensated after killing people, destroyed their houses. Who offended them?. Ahmad Gumi is my friend and this is what we discussed with him. 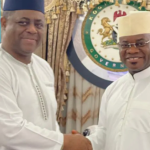 Details Of Meeting Between Yahaya Bello And Fani-Kayode Emerge 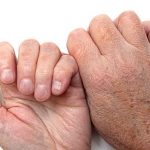 3 Habits That Dry Your Skin