Ketanji Brown Jackson is a popular name in American law and politics. Brown is trending over the web after American President Joe Biden picks her as the first choice to become the Justice of the Supreme Court. 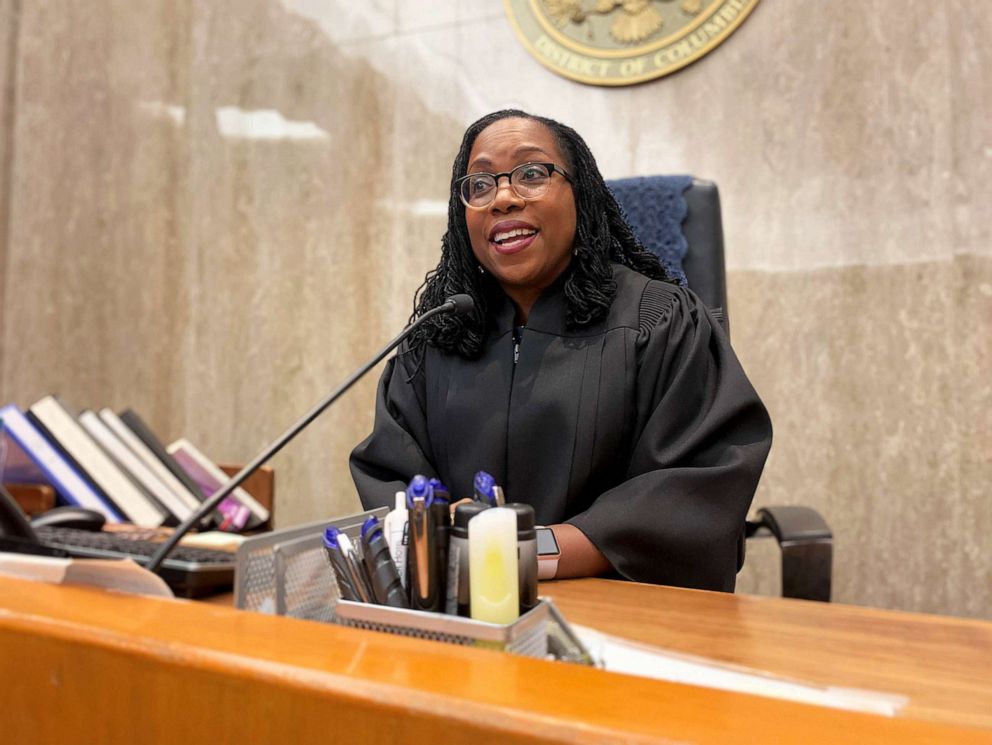 Ketanji Brown Jackson was born on September 14, 1970, is an American attorney, and jurist serving as a federal judge on the United States Court of Appeals for the District of Columbia Circuit. Her parents, Johnny and Ellery Brown, were both HBCU graduates and worked as an attorney and school principal

Jackson also happens to share family ties with former GOP House Speaker Paul Ryan. Her husband’s twin is Ryan’s brother-in-law, and as a member of Congress, Ryan testified in support of her nomination to the district court.

Ketanji Onyika Brown was born in Washington, D.C. Her parents were both graduates of historically Black colleges and universities. Her father, Johnny Brown, ultimately became the chief attorney for the Miami-Dade County School Board; her mother, Ellery, served as school principal at New World School of the Arts. Jackson grew up in Miami, Florida, and graduated from Miami Palmetto Senior High School in 1988. 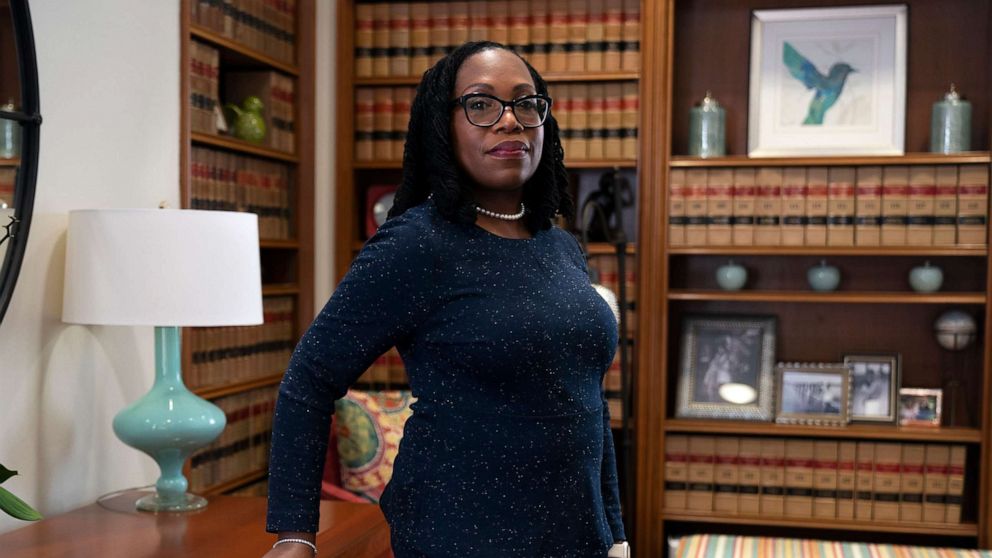 Jackson began her legal career with three clerkships, perhaps appropriately spending a period clerking for Justice Breyer from 1999 to 2000 and was in private practice in Boston, Massachusetts from 2000 to 2002.

She was assistant special counsel at U.S. Sentencing Commission from 2003 to 2005.

Jackson then served as an assistant public defender in Washington, D.C. from 2005 to 2007. During that time, she was involved in cases related to detentions at Guantánamo Bay and was assigned to represent detainee Khi Ali Gul.

In private practice in D.C. from 2007 to 2010, Jackson then served as vice chair of the U.S. Sentencing Commission. She was nominated to the commission by then President Barack Obama in 2009, winning Senate confirmation in 2010 and serving in that role until 2014.

In 2012, Obama nominated Jackson to U.S. District Court for the District of Columbia and she was confirmed in that position by the Senate in 2013, serving on the court until she was elevated to the Court of Appeals in 2021.

Jackson succeeded Merrick Garland on the Court of Appeals for the D.C. Circuit after he was confirmed as attorney general.

Garland had been nominated to the Supreme Court by Obama in 2016 but the Republican majority in the Senate refused to hold hearings and effectively kept the seat until former President Donald Trump came to office.

Perhaps Jackson’s best known ruling from the bench was against former President Trump. While a district judge in 2019, Jackson ruled that former White House counsel Don McGahn had to testify before Congress, famously writing that “presidents are not kings.”

The Senate currently consists of 50 Republicans, 48 Democrats and two independents who caucus with the Democrats. Though the numbers are razor thin, Democrats should have the necessary votes to confirm Jackson to the Court.

In early 2022, news outlets speculated that Biden would nominate Jackson to the U.S. Supreme Court to fill the seat vacated by Stephen Breyer. Biden pledged during the 2020 United States presidential election campaign to appoint a Black woman to the court, should a vacancy occur. Jackson’s appointment to the D.C. Circuit, considered to be the second most influential federal court in the United States, behind only the Supreme Court, was viewed as preparation for a potential promotion to the Supreme Court.

Jackson’s potential nomination to the Supreme Court has been supported by civil rights and liberal advocacy organizations. The Washington Post wrote that Jackson’s experience as a public defender “has endeared her to the more liberal base of the Democratic Party”. While her supporters have touted her history as a public defender as an asset, during her 2021 confirmation hearing, Republicans showed that they might cast her public defender work as a liability.

On February 25, 2022, Biden announced that Jackson was his nominee for associate justice of the Supreme Court. 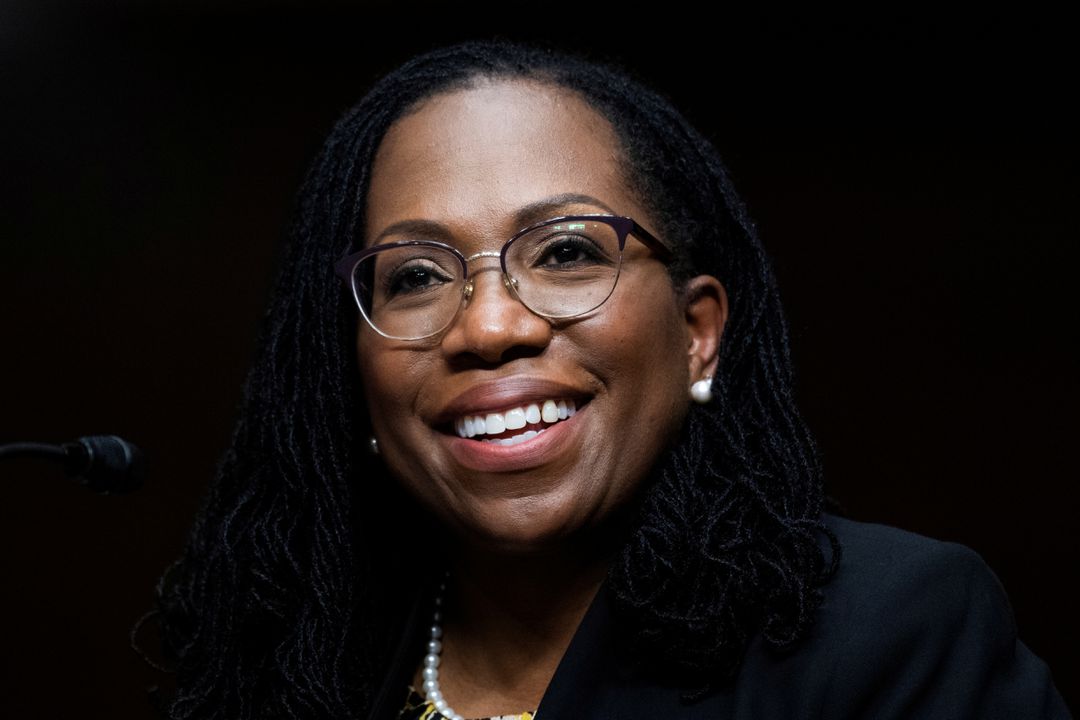 Ketanji Brown Jackson estimated Net Worth is $23 Million US Dollars. 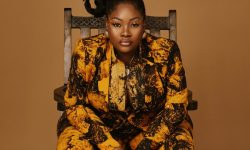 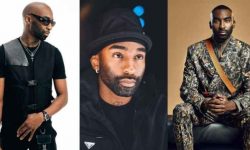