The cause of death of Lagos politician and socialite, Kemi Nelson, has been revealed to be the deadly cancer disease.

She had been unwell and was treating a series of ailments

Sources, however, revealed that she was treating the deadly cancer disease.

At some point, she seemed to get better and even held a special thankgiving service on May 8, to thank God for seeing her through the battle.

But death was lurking, as two months after, she was struck by a strange attack, which she never recovered from.

Incidentally, the attack happened a day before she gave up the ghost.

Her burial plans are currently being discussed.

Nelson was appointed to NSITF by President Muhammadu Buhari in 2019, a position she held until May 2021, when Buhari sacked her alongside other top management of the agency, following the recommendations of a Presidential Joint Board and Audit Investigation Panel, set up by the President in July 2020 to investigate the infractions of the Public Procurement Act, 2007, and the Financial Regulations (FR) in the NSITF. 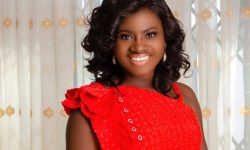 List of Banned Songs By NBC In Nigeria (UPDATED)