Rabe Nasir, commissioner for science and technology in Katsina state, has been killed.

He was said to have been killed on Wednesday evening at his residence in Fatima Shema estate of Katsina state.

Sanusi Buba, Katsina commissioner of police, confirmed the discovery of the body during a visit to the deceased’s residence on Thursday.

Buba also said a suspect has been arrested and investigation is ongoing.

“As you can see, we’ve successfully evacuated the corpse to the hospital and investigation has started,” he said.

“An arrest has also been made. A suspect has been arrested and investigation has since begun.”

According to NAN, Rabe was a former officer of the Department of State Services (DSS) and he also worked with the Economic and Financial Crimes Commission (EFCC).

He was appointed as commissioner in 2019. 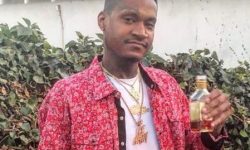 Who Is Slim 400? What Happened To The American rapper