According to Arise News, he reportedly tendered his resignation in a letter to President Muhammadu Buhari, citing health reasons.

The development comes amid the corruption allegations some Supreme Court judges levelled against him.

In a protest memo signed by 14 Supreme Court judges, Muhammad was accused of not giving justices their legitimate entitlements.

The Supreme Court expressed their concerns over their budgetary allocations that have not been increased in the last four years.

Some of the issues raised by the justices in the letter include the failure to replace dilapidated vehicles, accommodation problems, poor healthcare services at the Supreme Court clinic, and poor electricity supply.

The justices also lamented the increase in electricity tariffs, no modified allowances to reflect the increase in diesel prices and lack of internet services in their chambers.

He was formerly a Justice of the Nigerian Court of Appeal. 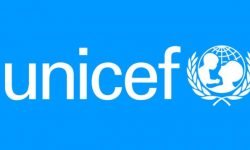