The High Court sitting in Mukono has sentenced a 63-year-old Imam for defiling a two-year-old girl. Musa Mulo, an Imam at Kibubbu Mosque in Lugazi Municipality in the neighbouring Buikwe District, was convicted upon his own plea of guilt.

The state prosecutor Ms Janat Kitimbo told court that Musa Mulo sexually tormented the toddler in 2012. Prosecution submitted that on the fateful day, the victim went alone to Mulo’s home in the neighbourhood.

Mulo grabbed the toddler in his compound and took her into the house where he defiled her and damaged her private parts. Mr Musa Mulo later told the child to go back home.

Musa Mulo got a life imprisonment sentence. When the mother inquired what had happened to her child, a neighbour said the girl had been in Musa Mulo’s house.

Ms Nalumasi reported to police who arrested the randy Imam.
Upon his arrest, a group of Muslims stormed Nalumasi’s home and destroyed her property, claiming she had framed Musa Mulo, their religious leader.

However at the commencement of the trial on Friday, the Musa Mulo pleaded guilty to defiling the girl.

Justice Ms Margaret Mutonyi observed that Mulo is not fit to be an imam or live in society. She described him as “a dangerous person” who is supposed to be kept away from children. Mulo had spent six years on remand.

The judge said defilement cases are on the rise in Buikwe due to drug abuse and parents’ negligence. She sentenced Mulo to life imprisonment.

The High Court sitting in Mukono, Uganda sentenced the 63-year-old Imam with 3 wives, for defiling a two-year-old girl. Musa Mulo, is an Imam at Kibubbu Mosque, and he was convicted upon his own plea of guilt. 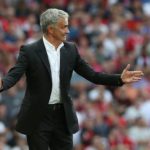 ‘What I Told My Players After Loss Against Sevilla’- Jose Mourinho 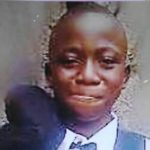