I Did Not Say I Can Finish Boko Haram – Sunday Igboho

A popular Yoruba rights activist, Chief Sunday Adeyemo, widely called Sunday Igboho has debunked a report published on The Nation Newspaper Online alleging that he could finish off Boko Haram fighters without government’s support describing the report as an unfounded falsehood and a figment of the writer’s imagination.

Sunday Igboho, who is also widely taunted as ‘Igboho Oosa,’ in a reaction to the report on Monday, expressed reservations on the penchant of some journalists for spreading lies and unsubstantiated information.

According to the prominent businessman, the publication titled, ‘I can finish off BokoHaram without government’s support’ is uncalled for, a total fabrication and a mere sensation which the journalist who authored it failed to substantiate before rushing to publish.

The activist, who lamented that at no time did he make such statement, said the newspaper should field experienced journalists who place premiums on integrity, research and process information correctly rather than relying on half baked writers that engage in hatchet jobs.

The Igboho-born activist said he had no business with the BokoHaram sect, hence there was no basis for such claim. He stressed that his major preoccupation is the security of lives and properties of the people of the South-West geo-political zone.

He lamented the spate of insecurity in the South-West where he said the herders had made life short and brutish to the inhabitants, special with reference to the grassroots people.

He noted that there is no adequate security of lives and property saying that justice had been widely compromised by the leadership and the law enforcement agents for ulterior motives.

Sunday Igboho alleged that the suspected killer herdsmen were responsible for several heinous crimes which had culminated into the killings of both prominent and common men across the South-West states.

He called on governments at all levels in the country to expedite actions by ensuring safety of lives and properties of the citizenry.

He added also that the suspected herdsmen who are raping, terrorizing, killing and maiming unsuspecting and harmless members of the public should, henceforth, desist from engaging in illegality in human society.

In the same vein, Sunday Igboho warned carriers of fake news about him to desist from what he described as the ignoble act saying he would not continue to watch or fold his arms while they spread falsehood and damaging information about him both on the traditional and new media.

He particularly cautioned The Nation newspaper to ensure that its reports are in line with the cardinal principles and the guiding ethics of journalism.

Sunday Igboho has been in the news in recent time for his stern stand against the pervasive crime and criminality being purportedly perpetrated in the Ibarapa /Oke Ogun axis of Oyo State by suspected killer herdsmen.

The Yoruba rights activist had maintained that in the absence of decisive action by the government in addressing the menace, he would rise to liberate his people by confronting the hoodlums, an action that has pitched him at war path with the authorities.

Recall that in response to the eviction notice which he served on the killer herders in Igangan and adjoining communities, Governor Seyi Makinde of Oyo State had stated that no individual or group of people would be allowed to take law into their own hands and that all Nigerians reserve the right to live in any part of the country in line with the Constitution of the land without fear of intimidation or molestation. 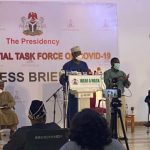 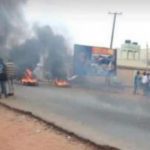