Every so often, the calendar falls on a day with a slew of repeating numbers.

Angel numbers are any series of repeating numbers, and are believed by many to possess a spiritual meaning.

According to Bustle, when an angel number shows up as a date in time, one can expect messages related to a specific area of their life on that day.

February 22, 2022, is the next time the calendar will land on an angel number.

The date also happens to fall on a Tuesday – another two.

In numerology, the number two is associated with emotions, intuition, and unity.

When repeated, the strength of the energy grows – 2/22/22 will focus on relationships and teamwork.

Apart from being an angel number, the date is also palindromic. According to numerologists, palindromic numbers can represent a choice where both outcomes teach a lesson.

What does the number two mean in numerology?

Two focuses on union and harmony.

“The number two is the purest representation of duality,” said numerologist Josh Siegel to Bustle.

Associated with the number two is the High Priestess tarot card – the guardian of knowledge and intuition.

Siegel added: “There is also a divine feminine quality here attempting to come through with a message of cooperation.”

Numerology is the belief in a divine relationship between numbers and one or more coinciding events.

Often associated with one’s major life events, numerology may relate to have a person navigates their lifetime.

A popular concept of numerology focuses on one’s “life-path number,” according to The Cut.

This number can help you understand your personality, obstacles you will endure, and your outlook on life. 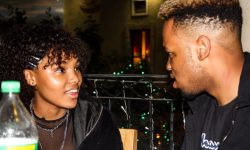 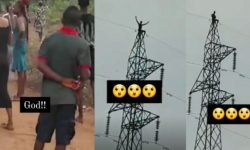