Glamour Girls 2022 Movie Review: There is nothing absolutely glamourous about the newly released 2 hours long, Glamour Girls movie which dropped on Netflix hours ago. Forgive us for being blunt but the truth is this ‘Glamour Girls’ sucks!

Should we start from the clumsy story line, confusing scenes and hard to follow dialogues? And the sound tracks? It was all just a mess.

Well asides from Nse Etim’s impeccable bossy role which was well nailed, and break out star, Sharon Ooja, every other character made the movie seem like a child’s play. Infact Segilola Ogida’s role as ‘Hell’ was so annoying, the character was so irrelevant and added no value whatsoever to the already ‘lifeless’ movie.

The last straw that broke the camel’s back was the terrible ending, oh lawd! The movie is certainly not worth the hype. It had no soul, didn’t even bring out any emotion from the viewers.

This Glamour Girls was totally different from the classic Glamour Girls that we grew up watching that starred Liz Benson, Zack Orji and the likes.

Nollywood needs to stop running our classic movies with terrible storyline for their remakes! 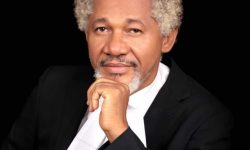