“Today is a sad, black day for FC Bayern and all of its fans,”

“Gerd Muller was the greatest striker there has ever been – and a fine person, a personality in world football. We are united in deep sorrow with his wife Uschi and his family.

“Without Gerd Muller, FC Bayern would not be the club we all love today. His name and the memory of him will live on forever.”

Gerd Müller is nicknamed Bomber Der Nation and was born on November 3, 1945, in Nördlingen, Germany. He is 75 years.

Gerd Müller is in no way related to Thomas Müller. Thomas Müller’s father’s name is also Gerd Mueller but it is not the same striker who played for FC Bayern Munchen and DFB National Team.

Gerd Müller played at the international level for West Germany and scored 68 goals in 62 appearances. He scored 365 goals in 427 games for Bayern Munichen at the club level. Has an international record of 66 goals in 74 European club games.

Gerd Müller Cause of Death

Legendary German striker Gerd Müller has died aged 75. The forward scored 68 goals in 62 appearances for West Germany, including the winning goal in the 1974 World Cup final against Holland.

Thanks for reading Ngnews247.com. Read and share this article with friends on various social media handles. before you leave, it might interest you to know about R Kelly Biography And Net Worth. 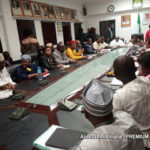 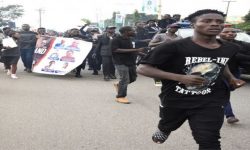