Students of the Federal University of Technology, Akure have blocked the Akure-Ilesha-Ibadan highway in protest over the death of their colleague in a road accident.

Five students of the institution were involved in a lone crash on Monday night around the Cathedral area along the Oyemekun road, Akure.

One of the students Daniel Akinyele, in 200 Level in the Software Engineering Department, died before he could be rushed to the hospital.

Late Daniel was first taken to the school clinic but the security personnel reportedly refused to open the gate for them.

It was gathered the Student Union Government of FUTA declared Tuesday lecture-free- a day after news of the death filtered in before the students were mobilised to protest the alleged action of the school security personnel.

The protesting students set bonfires at the entrance and locked all access gates.

They claimed the negligence of the school health workers caused the death of their colleague.

The spokesman for the institution, Adegbenro Adebanjo, said he would get back to our reporter when contacted for comments. 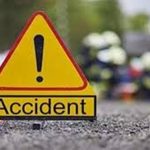 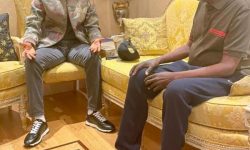