Father Mistakenly Fired Gun At Himself And Son While Playing

Father and son in pain after their play turned sorrowful from a gunshot mistakenly fired by the father.

According to a report by the Herald-Times, a man and his four-year-old kid are now in serious pain after a gun hidden in the father’s clothe mistakenly triggered.

Naijaparry understands that the incident happened when the two were having fun playing wrestling.

Reacting to the incident, a police response disclosed that the incident happened on Sunday night, and the man who is said to be an Indiana and his 4-year son is currently receiving treatment at a hospital.

He said that “the two were playing wrestling on Sunday night on a bed inside their home near Bloomington, Indiana, when the gun which the 36-year-old father had concealed near the small of his back fell and discharged one shot.”

It was further revealed that the boy and his father were both shots in the head, said Monroe County Sheriff’s Office.

Meanwhile, in another news, Naijaparry reported that three people have been injured severely, while one died instantly at a gunshot by a Nigerian Policeman after some argument erupted during a community meeting in Abia State. 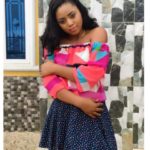 Dominic Oneya Biography: 10 Things You Should Know About Ex-Military Governor of Kano