Hussain claims that Adekolawole had accused him at a Governing Council meeting of the institution on August 5 and 6, 2019, of supplying guns in the assassination attempt on three officers of the institution, thereby ruining his hard-earned reputation and character.

In the suit, the former Rector maintained that Adekolawole had constantly subjected his person to ridicule and public hostility. He is claiming special and general damages against Adekolawole to the sum of twenty-six million and five hundred thousand Naira.

Reacting to the suit, Adekolawole stated that he and Hussain have been friends for a long time and that there was no dispute between them. He added that he used to be Hussain’s pastor at Kaura Namoda, and it was impossible for a church member to sue his pastor. 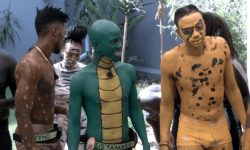 BBMzansi: Housemates Unleash Their Wild Side