Fayose, in a series of tweet on Saturday, said: “Gov. Seyi Makinde should rather use dialogue and persuasion instead of escalating tensions in his own State by calling for the arrest of Sunday Adeyemo.

“If FG and some Governors could ‘dialogue’ with Boko Haram terrorists, Gov. Makinde calling all stakeholders to a round-table discussion will not be misplaced action.”

Fayose said any attempt to arrest anyone will cause serious threats to the fragile peace in the South West and the nation.

“Above all any unchecked escalation may lead to a state of emergency,” he added.

On Friday, a Yoruba activist, Sunday Adeyemọ, also known as Sunday Igboho, stormed Fulani settlements in Igangan in Ibarapa North Local Government Area to eject the Seriki Fulani, Salihu Abdukadir, and some other herdsmen accused of fuelling security problems in the area at the expiration of his ‘quit notice’. 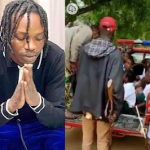 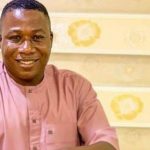