DinkyBliss On Her Experience In The Big Brother House – BBMzansi

Evicted BBMzansi (Big Brother Mzansi) housemate Dinky Bliss recently opened up about her plans after the reality show. Rethabile Potsane aka Dinky Bliss was one of the first two housemates evicted this past Sunday.

In her exit interview, Dinkybliss tells Lawrence that she feels she was overlooked as well as over-judged without being understood.

She says that by the time she felt she was beginning to get understood by the house, it was already too late, but she does not harbour any hard feelings.

She says among all the housemates, Tulz lips were very inviting.

Dinky Bliss got evicted from #BBMzansi (Big Brother Mzansi) after receiving 12.2% of the votes, while Mvelo received 7.45%.

Dinky revealed in an interview with City Press that her eviction was not a surprise to her, and claims she saw it coming.

“I expected it, based on the kind of experiences I had with my fellow housemates.” “You know, when you come with a strong personality, and you’re bold, proud, and loud about it, you don’t t take nonsense and tell it like it is.”

“That rubs other people up the wrong way.”

She adds that she was the life and soul of the party and wasn’t given opportunities to showcase that in the Big Brother house.

DINKYBLISS OPINION ON WHO SHE THINKS WILL WIN THE 2MILLION

When Lawrence asked her who she thinks will win the show, Dinkybliss said that the quiet ones really stands a chance because they’re usually forgotten when it comes to being nominated.

She thinks Venus stands a good chance because of her quiet nature, even if she’s kind of a wild cat pretending to be quiet.

She also thinks Tulz stands a chance if it comes to being bold and having an interesting personality, but not Terry.

Dinky says her ultimate dream is to be a host. She believes she’s got what it takes, she’s also going to be taking some acting classes and still continue her clothing business.

She revealed in her interview with City Press that she was ready to return home, even though she was unsure about the status of her marriage.

Even though she’d been flirting and twerking for one of the housemates – Tulz Madala she consoles herself by stating that she was granted a ‘visa’ by her husband and that Big Brother Mzansi was just a game.

“I wonder if I still have a husband. Remember that jacuzzi scene,” she said.

She’d already stated that she’s going to pursue her ancestral calling in the house.

“It was something I was supposed to do at the time the Big Brother opportunity arose.”

“I had to choose one or the other, and I would never have missed Big Brother.” 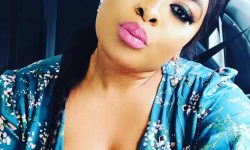