A video showing a young lady being brutalized and stripped naked by a group of cult boys for using their slang in the video-sharing and making app, Tik Tok is currently making the rounds on social media.

In the viral video, the yet-to-be-identified lady was stripped naked, held down, and beaten while she pleaded for mercy.

This is coming after the young lady made a Tik Tok video of herself using their slang.

⁴Hours after making the video, the cult boys were said to have traced her to her location, caught her, and humiliated her.

She was seen pleading for mercy while they beat and stripped her.

The video, however, has sparked outrage as social media users condemned the cult group outrightly for dehumanizing the young lady over mere slang.

A post shared by The Tattle Room 🇳🇬 🌎 (@thetattleroomng)

j3ssygaga wrote; This is disturbing!!

ifenkwechijioke wrote; “Oh lord i wish this boys will be caught for this nonsense, to even release the video”

strawberrie_cupcakeh wrote; “This is very stupid…because of a cult song…is not like she stole or killed…see the youths of tomorrow”

africanpharoh123 wrote; Thats why africa is backwards because we still believe in this crap and people here in the comments are laughing sad any other race off people would be outraged

i_am_sylviaa wrote; “This is so terrible. Brutalizing someone for this is so low. I hope she gets justice!” 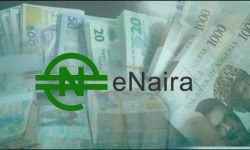