Can you use another persons NIN to register for JAMB?

A few candidates having issues registering the ongoing JAMB UTME and DE are asking if they can use other persons’ NINs to obtain the profile codes.

Since JAMB made this compulsory, candidates will be left with no other choice than to make use of the 11-digit number to begin their registration processes.

A student recently called to know if he could use his father’s or mother’s NIN and send that to 55019 in order to get the profile code which he would use to buy the PIN.

There are actually the needs to ask this kind of questions because a series of problems were lately reported.

Well, this post will help you understand if it’ll be possible to use another person’s NIN to register for JAMB UTME/DE

You Can’t Use Another Candidate’s NIN to Register

If you’re thinking your friend or brother’s NIN didn’t complain when he sent his own to 55019 and you think you should use his NIN for your own too, it won’t work.

Of course, the system will report an error message that the NIN has been used for one registration already that it won’t be accepted for another candidate.

Hence, using an already used NIN won’t work for you. And even if it does, there is no need to try because … (more on this below).

You Can’t Use Your Parents or Relatives NINs to Register

Don’t think since your mum or daddy doesn’t need registration for UTME/DE, you can just use theirs to get your JAMB profile code.

The basics are that JAMB is using NINs to fetch individual candidates’ data to register them for the exams/admissions.

For instance, below are a few details JAMB will fetch from the NIMC database if you use your NIN:

Therefore, immediately you get to the JAMB accredited CBT center for your registration, all the attendant will do is to enter your JAMB profile code and all the information above will apprear for him.

He will only need to fill your institutions of choice and upload your results (where available) and submit them.

Hence, if you use another person’s NIN, the person’s data will be fetched for you. I’m sure you know the implication.

Be sure you use your personal NIN for the profile code and the purchase of the UTME/DE form. JAMB is tying your registration to your national ID card. So, no other person’s details will be accepted as yours. 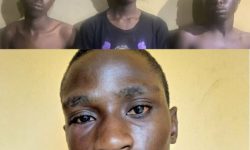 Ogun State Ritual Killing: How teenager who beheaded girlfriend for rituals was arrested 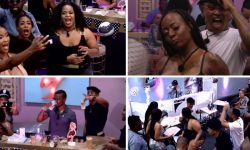