Busi Lurayi Cause of Death: What Happens To Her, How Did Busi Lurayi Die?

Busi Lurayi Death Cause: Mzansi top actress and singer Busi Lurayi has passed away. The SAFTA-winning actress was known for her role as Phumzile on the popular SABC sitcom ‘City Ses’la and later on ‘Ses’Top La’. She was recently on the cast of the Netflix original ‘How to Ruin Christmas’.

Her family confirmed the news in a media statement, stating that the actress passed away on Sunday the 10th of July 2022 at her home.

Busi Lurayi Cause of Death

Her family have stated the cause of her death is unknown.

According to the statement, medical personnel declared Lurayi dead at her residence on Sunday.

“The reason for the death is still unknown as we await the results of the autopsy report,” the statement added. “We humbly request that you allow us, as the family, to come to terms with this tragic news. We thank you for the support that has been given so far, and we will provide further information as soon as it has been made available.”

They’re still awaiting an autopsy and have asked for privacy to process the tragedy that has occurred.

However, a close friend, who does not wish to be named, says Busi had asked for a few days off work after she felt unwell.

“She was working on two productions and started feeling ill,” the friend tells Drum.

“She took days off from work and was supposed to be in a play. I don’t know what happened. We could not reach her, and she was found after a few days at home, alone, and they had to break the door.” 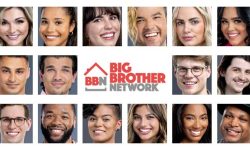