Burna Boy, the Afro-fusion singer, has invited Architectural Digest (AD), a prominent magazine, for a tour of his luxurious mansion in Lekki, Lagos.

AD is an American monthly magazine founded in 1920. Its principal subjects are interior design and landscaping, rather than pure external architecture.

In a less than 5-minute video, the Grammy-winning singing sensation took AD through the two-story building, showing his guests the designs that grace the house and the inspiration behind the structure.

The seven-bedroom mansion, which sits on a serene 13,000-square foot, is designed by Akose Enebeli, a Nigerian architect, who had also constructed a 10-bedroom luxurious home for Jude Ighalo, the former Manchester United striker.

From the guest room to the “Burna room”, where old records, vinyls, and pictures of music legends, including that of Fela and Ebenezer Obey among others were hung, the multiple-award winner took AD to the exquisite living room, his sisters’ rooms and his highly-powered studio, which he called ‘the magic spot’.

It is believed that Burna Boy is the first Nigerian entertainment personality to be featured on Architectural Digest’s Open Door series.

AD has given a visual tour of many top musicians’ homes including that of Kanye West, Big Sean, Lil Wayne, and Diddy.

“In early 2020, Grammy winner Burna Boy had just moved into a seven-bedroom home nestled onto a bucolic estate in Lagos—Nigeria’s creative and commercial capital,” AD wrote on Instagram.

“His architect, Akose Enebeli, had constructed the two-story Lekki house in which Burna could simply be himself. But the story of this home, and how it came to be, goes back to 2017, when Enebeli was in the middle of building a 10-bedroom mansion for former Manchester United striker Jude Ighalo, and got a call from an unknown number.” 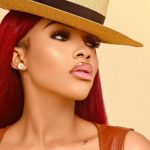 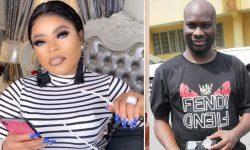