Mrs. Alheri Emmanuel, mother of Deborah, who was gruesomely murdered by a mob at Shehu Shagari College of Education, Sokoto, by her schoolmates last Thursday, has vowed never to allow any of her remaining seven children go to school again to avoid the fate that befell her promising daughter.

She spoke as the husband and father of the slain Deborah, Mr. Emmanuel Garba, declared that as a good Christian, he and the family had resolved not to seek any redress from court over the loss of their daughter but leave everything to God.

Their response came as Sokoto State government, yesterday, suspended resumption of schools by one week, following the protest that trailed the incident last Friday.

This is even as popular Islamic cleric, Sheikh Abubakar Gumi, yesterday flayed Deborah’s killing, saying Prophet Mohammed was insulted while alive but never killed anybody.

Also yesterday, northern governors and the Fellowship of Churches of Christ in Nigeria, TEKAN, condemned the killing, and sought justice for the slain student, even as Catholic Diocese of Sokoto dismissed reports that the residence of Bishop Matthew Hassan Kukah was attacked.

Similarly, Igbo youths also, yesterday, bemoaned attacks on Igbo residents in Sokoto, despite not being party to the incident that led to the protest that rocked the city on Friday.

Deborah’s mother, who spoke with Vanguard yesterday, revealed that the family was blessed with eight children but noted that with the sad development, none of the seven surviving children would be allowed to go to school again in order to avoid a similar experience.

Mrs Alheri, in a heavy-laden voice, declared: “What has happened to me is my cross and I will surely carry it but non of my seven surviving children will go to school again.”

Mrs. Alheri, who has just been discharged from hospital over the shock, however, said she was recuperating and assured that she would soon get out of the shock. Late Deborah was the eldest of the eight children of her parents.

Also speaking with Vanguard, the father, Mr Garba Emmanuel, corroborated his wife’s declaration that the family would not go to court over the killing.

Speaking in Hausa, he said in a shaky voice: “The family will not go to court over the matter. Go to court to challenge human being or Almighty God over the issue? This is completely ruled out. God does not sleep. He knows what to do at the appropriate time and as the creator of everybody, we leave the case for Him to judge.

“Certainly, it is a big cross to bear but what can we do than to carry the cross and accept our fate in all totality as it has come.

“Beside receiving the shock over the gruesome death of my daughter, I had another bitter experience to go and personally transport her corpse from Sokoto to Niger State. It was the saddest moment of my life to go and pick the corpse of my daughter and brought her home in a chartered bus, for which I paid N120,000.

“I pleaded at the hospital that since the corpse had been burnt, they should help me with the remains, so it doesn’t decompose completely for us to bury her.

“I also pleaded with the DSS and they reasoned along with me and agreed to release her remains to me after signing some documents. Which moment can be as sad as this in one’s life? However, it is all over and it has become history.”

Sokoto govt suspends resumption of schools by a week

Meanwhile, Sokoto State government, yesterday, announced the suspension of the resumption of basic and secondary schools in the state by one week.

Schools were supposed to have resumed yesterday for boarding and day students.

The suspension was announced via a statement by Malam Ibrahim Iya, spokesperson of the Ministry of Basic and Secondary Education, in Sokoto.

It said the suspension was sequel to the 24-hour curfew declared by the state government, adding that the Commissioner for Basic and Secondary Education, Dr Bello Guiwa, directed all public and private schools to resume on May 22, for boarding and May 23 for day students.

In a related development, corps members serving in Sokoto State, especially those in Sokoto metropolis, have been advised to remain at home due to the 24-hour curfew.
This was contained in another statement from the spokesperson of the scheme in Sokoto State, Malam Sani Idris, yesterday in Sokoto,

It said the management of the scheme had contacted all the security agencies to ensure the safety of its corps members throughout the curfew period and beyond.

Reacting to Deborah’s killing, yesterday, northern governors and the Fellowship of Churches of Christ in Nigeria, known in the Hausa language as Tarayyar Ekklesiyoyin Kristi a Nijeria, TEKAN, called for justice, saying such dastardly act should not be tolerated.

Chairman of the Forum and Governor of Plateau State, Simon Lalong, in a statement said: “The governors were concerned about the development, which is an extra-judicial measure of addressing perceived infractions.”

Lalong in a statement by his Director of Press and Public Affairs, Makut Macham, said: “Any attempt to adopt self-help in addressing grievances, whether religious or otherwise, will only lead to further chaos that could threaten law and order as well as the general peace and security of the society.”

While commiserating with the family of the victim, Lalong said: “Northern governors want security agencies to be allowed to thoroughly investigate the matter and ensure that the law takes its full course on anyone found wanting.

“Northern governors also appealed for calm, following reports of the hijack of a peaceful protest, which later turned violent and led to the imposition of a curfew in Sokoto metropolis and extended the support and commiserations of the Forum to Governor Aminu Tambuwal of Sokoto State over the incident as well as praised his proactive efforts to restore normalcy.

Prophet of Islam was insulted, scorned but never killed — Gumi

Reacting to the killing, Kaduna-based Islamic scholar, Sheikh Ahmad Gumi, cautioned Muslims against killing fellow human beings because of trivial issues, insisting that the Prophet of Islam was insulted and scorned but never killed in retaliation.

He said any Muslim who kills a Christian in Nigeria because the prophet was insulted would not smell the fragrance of Jannah (paradise).

“Nigeria is not an Islamic state, Muslims in the country have an agreement with people of other faiths to live together peacefully and anyone who kills them on religious guise has committed a grievous sin,” he said.

Gumi, who spoke while preaching at the Sultan Bello Mosque, Kaduna, lashed out at some Muslim clerics who quote verses they don’t understand, telling people to kill whoever insulted their religion,

He quoted Quranic verses, saying killing a non-Muslim under the guise that the person uttered a blasphemous statement against Prophet Muhammad was not an excuse “because Allah has told us in the Qur’an that non-Muslims will insult Allah and His Prophet.

“In fact, it is now the blasphemy will start after the killing of that lady in Sokoto, the insult will increase, not reduce.

“Muslims of Nigeria that want to defend Prophet Muhammad should be ashamed of themselves because they are corrupt. The best way to go if we want to defend the Prophet is to follow his teachings.

”We, the clerics, need to wake up and teach the Muslims their religion. We must leave this state of ignorance, we have turned like animals. We the Muslims are not the only the ones in this country.

“It is not only that we are not the only ones in this country, we must know that, there was nothing the unbelievers did not do to Prophet Muhammad, but he was patient, because he was conscious that if he killed them, the unbelievers he was trying to bring to the fold of Islam will tag him a killer.

“If we now begin to kill people, they will say it is even from the leader of our faith, Prophet Muhammad that we have learnt it. They will say their religion is a religion of bloodletting. At a time we are trying to draw attention of people to see the beauty of Islam, we are now scaring them away.

“It is unfortunate that, we even see some clerics who are telling people that, whoever insults your religion, just kill them. They are quoting verses they don’t understand. There is no one who has the will to kill anyone except through the Islamic justice system. And in doing this, the conditions of such justice must be completed before anyone can be killed.

“Our religion is a civilised religion. The white people learnt rule of law from Islam. But today, we are the ones in this level of lack of civilisation, to the extent that an Islamic cleric is quoting Qur’an and Hadith, spreading and encouraging barbarism.

“People that have not been able to perfect their own acts of worship the way they are supposed to, people who don’t know how to pray properly are now the ones that say they want to dispense justice to people who commit blasphemy.

“Nigeria’s non-Muslims are not living under the Islamic laws, we all have an agreement under the Nigerian constitution to live together. So, Prophet Muhammad said whoever kills a soul of non-Muslim that is under such agreement of living together will not smell the fragrance of paradise, such person’s distance to paradise will be like a journey of 40 years.”

Meanwhile, Igbo youth group has expressed outrage over the reported attack on Igbos resident in Sokoto State on Saturday.

Several reports in the media indicated that businesses of Igbos in Sokoto were subject of attack as Muslims protested the arrest of two suspects involved in the killing of Deborah.

The protesters were said to have attacked and looted shops belonging to South-Easterners.

In a statement yesterday, the leader of Igbo Youth Council, Mazi Okwu Nnabuike, said it was enraged that Ndigbo could become subject of attack over an issue they knew nothing about.

Nnabuike stated that it was provocative that such mayhem could be unleashed on Igbos resident in Sokoto State.

While describing the attack as unacceptable, Okwu charged Sokoto State governor, Aminu Tambuwal, to ensure there would be no repeat of such “mindless attack.”

“We are enraged that Ndigbo are once more victims of an unprovoked attack in Sokoto State over an issue that has to do with a Christian student from Niger State.

“It is quite sad that Ndigbo have remained endangered species in Nigeria, justifying the quest for secession by separatist groups led by the Indigenous People of Biafra, IPOB.”

“The news we are getting from Sokoto, which we have confirmed to be true, is totally unacceptable and we demand that there should be no repeat of such carnage.” Pray Against Poverty – Sabinus Says As He Enjoys Himself (Photos) Pastor Fakes His Death To Escape N3million Debt In Ondo 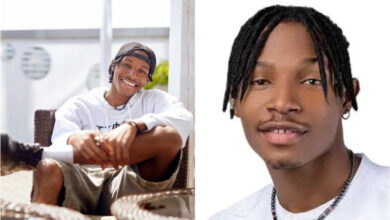