Big Brother Naija 2022 Season 7 Cast Names, Pictures, Biography and every information you need to know about all the housemates that will be featuring in the Big Brother Naija Live show 2022 theme Level Up.

The Big Brother Naija season 7 started on a high note with the host Ebuka bringing his A-game as usual. One unique about tonight’s show is the introduction of live audience. The Slogan for this season is “Level Up”. Tonight’s launch show started with the music performance of Asake. Next was the introduction of the much-awaited Big Brother Naija Season 7 housemates. Here are the housemates for this season of the show;

Groovy plans to take it to the next level by being as fun and entertaining as possible. He has no plans to break any of Biggie’s rules. Let’s wait to see if he sticks to his word.

Although Beauty may drink a little too much at times, she’s still a 10! She hopes her authenticity and her strategy to “go with the flow” will carry her to the end.

Ilebaye isn’t here for boredom. She promises to bring all the Gen-Z energy to Biggie’s House. If it were up to her, it would be a party every day!

Amaka will be taking things to the next level by being our very own Nigerian of Nicki Minaj. Her strengths include being original and realistic while her weaknesses are being too emotional and impatient. Will the latter work against her?

Pharmsavi proclaims he has “the medicine for all madness” on this season of Big Brother Naija. He promises to be focused and entertaining in his time in the House.

Vibes, big energy and swag are the things that Bryann promises to bring to Big Brother Season 7. He says he’s a threat because he’s super confident and is ready to adapt to any situation.

Christy O is ready to bring good energy, fun and awesome vibes to the House, but watch your step because she hates liars, and always tells it like it is.

Bella is going to take it to the next level by living her life to the fullest. She thinks that fellow Housemates will love her because she’s a sweet girl but may not like her because she talks too much.

Fufu and Egusi stan Eloswag, says his energy and vibes are guaranteed to magnetise his fellow Housemates and viewers alike, during his time in the Level Up house.

Adekunle plans to take things to the next level by making sure he’s got a bit of an opinion on everyone’s business. Will this strategy earn him friends or foes?

Master manipulator Doyin plans to bring happy vibes with a bit of disrespect into Big Brother Season 7. She is big on loyalty and she’ll ride or die for her friends and her man!

Allysyn believes that she’s going to stand out in the house because she’s different, unique and open-minded. She’s “very single” and plans to shoot her shot should she meet someone she’s attracted to in Biggie’s house.

Here to serve it “hot hot” is Chomzy. She has a kind heart and dislikes people who thrive on bringing others down. She says she’ll never get physical, but will use her words, after all, she wanted to be a lawyer!

Dotun is ready to play the game for the win! His biggest threat to other Housemates is that he is super competitive and is a straightforward guy.

Giddyfia reckons a strategy is not a strategy, where this unpredictable game is concerned. This is why he plans to stand out by being himself and going with the flow.

Diana plans on giving this game her all! Also, a manipulator at heart as her game plan is to gain all of her Housemates’ trust and use that to her advantage.

You’ll never catch Hermes talking about someone behind their back, but you will hear him being brutally honest at all times. “I will tell the truth, no matter how hard it is”.

Chichi plans to take it to the next level by bringing her originality, truth and “the real stripper vibes”. She says she’s not a kiss-and-tell kind of girl. Will she live up to this in Biggie’s House?

Sheggz says he is real, honest, direct and loving, traits which will keep him in the game. He admits he would be surprised if anyone in the House hates him at the first meeting.

20 housemates will be competing for the grand prize of 90 Million Naira. Who amongst them will be the winner of this year’s show. BBNaija 2022 promises to be an epic reality TV show this year as it has been in previous years.

Also, BBNaija 2022 voting will be done online on DSTV website africanmagic.dstv.com/bbnaija-season-7 which means you will vote your favorite housemates on the website. You can visit DSTV official website to get more information on the voting procedures.

These names will be updated with the full list of BBNaija 2022 season 7 housemates names so stay updated and we will provide you with the right information soon enough. We will also guide you on how you can view the show with your mobile phone. 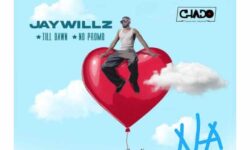 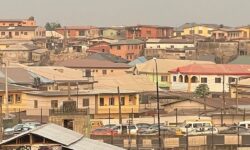