Sandra took today’s diary session to lament about her partner, Santheo. She did not hold back. She told biggie about how she felt about the South African male newbie.

When asked about her partner, she complained excessively about his lack of drive. “He has no ginger”, she complained. She explained that it was like raising a child.

She told biggie about how Theo Traw had given up on a task halfway. According to her, he packed his bags yesterday and was willing to go home. He told Sandra that he knew they were getting evicted on Sunday.

She complained that his pessimism was very discouraging. “I am tired of encouraging someone when I am still trying to encourage myself”.

She told biggie that she had only recently discovered that he had been in 2 previous fights before his brawl with Jenni O. She was shocked. “He has fought with two guys already”, says Sandra.

She was very dissatisfied with being paired and did not care to mince words. When asked, what the strengths of her partner were, she lackadaisically said, “he’s a musician, that’s what he said.

She could not even focus on his strengths. She quickly went back to whining about his behaviour. “I have never heard him sing”, she said. She explained that perhaps his music was dull like him.

Read Also 👉  BBTitans S1: Mmeli Regretted What Happened Between Him and Nelisa (Video)

Will this team make it or will they crash and burn come Sunday? 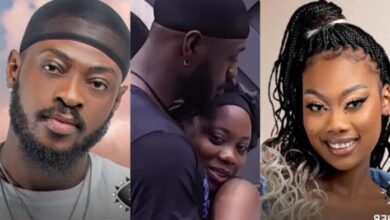 BBTitans S1: Mmeli Regretted What Happened Between Him and Nelisa (Video)