Yvonne, said she can never be as lazy as Amaka who doesn’t take her bath from morning till evening, during the Shine Ya Eye show.

The BBTitans stars were discussing about the past Housemates, from the previous reality TV show and making reference to her laziness, said she can never behave like her.

“I can never be as lazy as BBN Amaka that doesn’t shower from morning till evening”, Yvonne said. 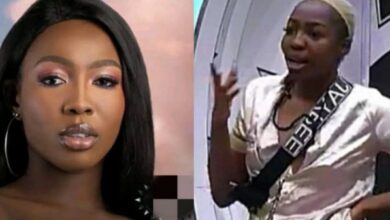