It was obvious to the point that Miracle OP who joined the house on Thursday noticed it and said it was senseless to jump into a relationship in the house that fast.

Miracle OP said the relationship will not end well and his words has come to pass just two days after his comment. Blue Avia who joined the house on Thursday is now the person in the life of Yemi. Sandra who also came on Thursday eas the one who promise to end the relationship but it was a fellow South African that spoilt the show for her fellow South African housemate Khosi.

Apparently, Blue Avia might not have noticed that Yemi Cregx is in a relationship with Khosi as he was always seen with every lady and his excuse was that he was trying to know all the housemates.

Khosi found out about his promiscuous life and then decided to act. She said: “he is so flirtouse and what annoys me is that he thinks he is smart, he puts it in a way that it looks like he is here to get to know everyone, he dances with everyone but the dance is different.”

Yemi Cregx and Blue Avia were in the kitchen having a conversation when she asked him what he wants than he replied by saying I want to keep you to myself, I want to be with you, in the house and outside the house. This was the same words he told Khosi when they started their relationship. 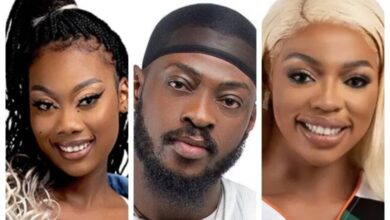