She had her name in the keypads of many due to a controversial comment. Beyond the kiss she shared with Lukay, which was mostly received with disapproval, she also set herself up to be dragged.

Yesterday, before the two locked lips, she and Lukay were chatting in the garden. She complained to him about several issues within the house and generally about her feelings. As usual, he offered a listening ear and comfort.

After complaining for what felt like a century, she took an excuse to wash her hands. “The soup smells; I have to go wash my hands, “ she said before leaving the garden.

This statement got her black lash from Nigerian fans. They felt offended by that comment. They felt like she had insulted their food and it was a derogatory comment.

Additionally, many accused her of subtle disses at Nigerians. They claimed that unlike Olivia and her gang, who made obvious snide remarks, Ipeleng had her quiet way of exhibiting xenophobia. 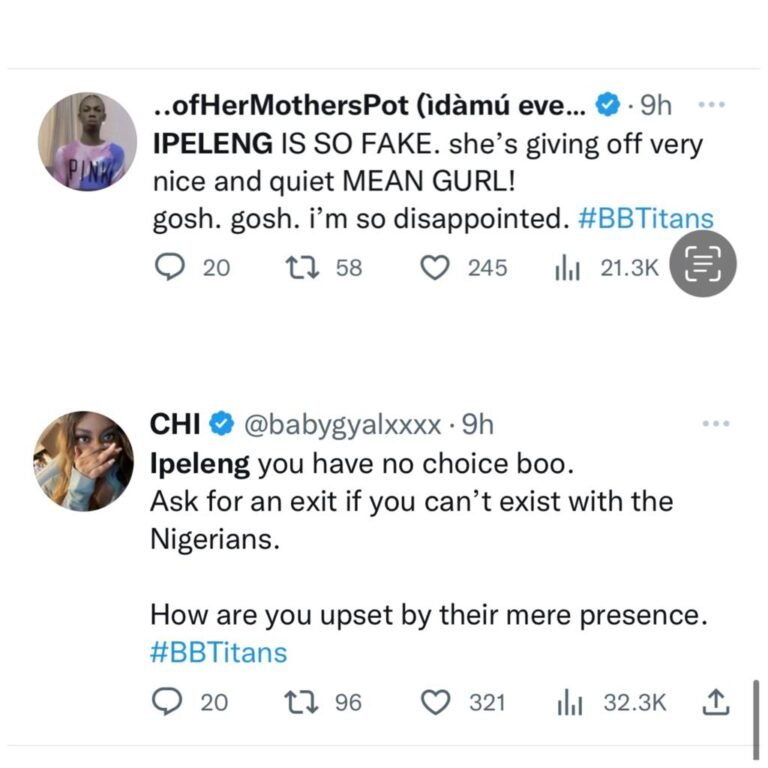 What do you think? Was her statement offensive? We wonder if Ebuka or Biggie will address this.