#BBNajiaS7: “Dem no dey tire” – Reactions as Daniella and Khalid gets cozy under the sheets on his birthday (Video)

Daniella and Khalid gets cozy under the sheets on his birthday

Information reaching Ngnews 247, Big Brother Naija season 7 lovebirds, Daniella and Khalid, can’t seem to get enough of each other as they never pass up an opportunity to get intimate.

It was Khalid’s birthday on Thursday, August 11, and as usual, the duo were spotted after lights out cuddling up and displaying some intense under the duvet movements. 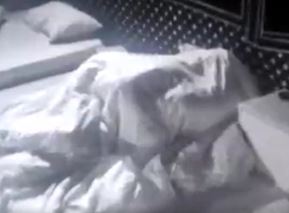 Only a few days after a video of the pair got people talking online, Daniella and Khalid were again caught on camera last night in a steamy session, wrapped under the sheets while other housemates were fast asleep.

This comes after Amaka advised Daniella about her relationship with her love-interest, Khalid.

During a recent conversation with Daniella, Amaka, who has severally spotted the season 7 lovebirds making out, shared what she thinks might become of her (Daniella’s) relationship with Khalid outside the house.

A concerned Amaka opened up to Daniella about a conversation she previously had with Khalid in which he made it clear that it was impossible for him to settle down with a Christian.

According to Amaka, the Muslim housemate had told her that he could only settle down with a Muslim woman.

Amaka asked Daniella if she was willing to enjoy a 72-day relationship with Khalid in the house but suffer heartbreak after the house.

“Don’t invest all your heart into dis, you don’t know if it will work outside. Your heart will not be happy with you if you put it through that stress. I asked him before you guys started, he said he can date anyone but he wants to marry a Muslim.” She said in part. 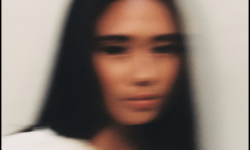 LYRICS: Niki – On The Drive Home