Following the successful presentation of BBNaiaja Season 7 housemate’s wager presentation that saw them winning the week 7 wager task Bella and Sheggz have been questioned by Big Brother for their reckless attitude. After the presentation, Biggie asked the head of house Hermes to speak about the individual participation of each housemate.’

Hermes spoke of how they all worked together to ensure the task was a success but he hinted that Sheggz and Bella did not participate completely. he also said Adekunle and Chizzy did not work to his expectations but they however worked.

He said only Shegg and Bella were less concerned about the success of the wager as they did not rehearse with them completely. Sheggz and Bella, however, said Hermes was lying but Biggie who saw everything asked them to apologize to the whole house for the attitude. 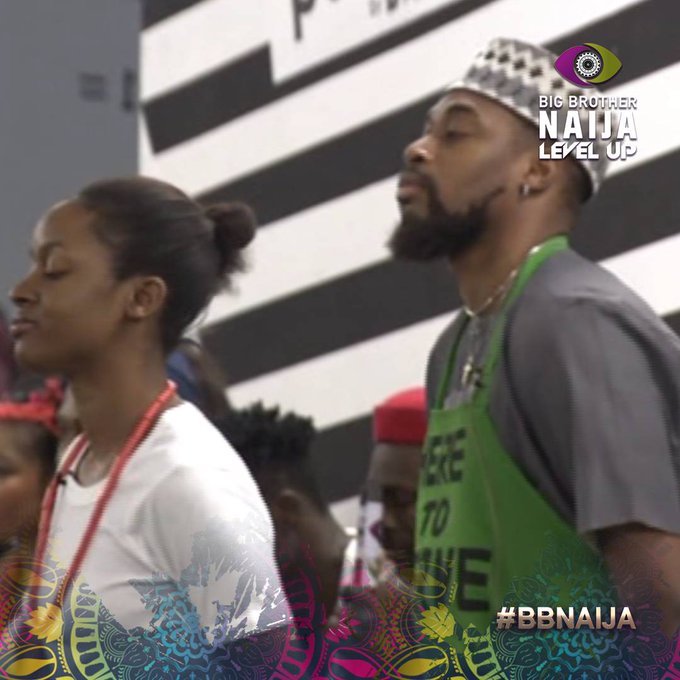 The apology was now put in place of punishment. The housemates who have been consistently fighting resolving tendered their apologies to the other housemates and they were forgiven.