Today in the Garden, Groovy finally admitted to Chichi that he would have pursued a relationship with evicted housemate Chomzy if he was not with Phyna. He also spoke about how Phyna’s repeated snubs were frustrating him, and told Chichi it was a thing he would not tolerate outside the House.

A few Housemates continue to probe his feelings for Chomzy, despite the fact that he is now with Phyna. Chichi the current head of house and a very good friend of Phyna asked him recently if he would have asked Chomzy out if Phyna hadn’t been present. 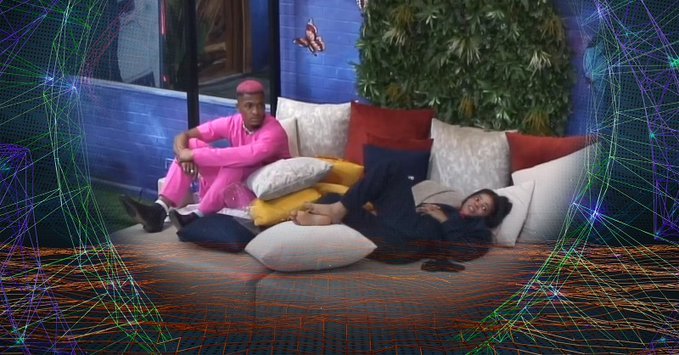 Without holding back, he said he has never denied having feelings for Chomzy, by the time he finally had the opportunity to speak to her properly. The only reason he did not go for was because when he finally spoke Chomzy he was already starting to develop a connection with Phyna. He decided to honour that, as a result.

Groovy went further to explain that he never knew he would have a chance to have a proper conversation with Chomzy until after the switch when he was taken to the level 1 house and Deji brought to the level 2 house.