#BBNaija2021: Angel reveals how her grandmother kept her a virgin

The 21-year-old housemate recently talked about her childhood growing up with her maternal grandmother.

‘Shine Ya Eye’ finalist, Angel has opened up about some of the crude methods her grandmother adopted to ensure she didn’t get pregnant as a teenager.

Angel, who revealed earlier on in the show that she was born out of wedlock, recently revealed to Cross how her grandmother tried bizarre methods to avoid a repeat of history.

“There was pressure on me to not get pregnant. So she was scared. I remember she would tell me to lie down in bed to check if I’m a virgin. And that’s stupid because not every woman has a hymen.

“Some women are virgins and they don’t have hymen. I remember one time she made me swear that I was a virgin. I think I was still 16. There was a lot of fear, lot of anxiety, and a lot of everything.”

The housemate also talked about how distant she felt from her biological parents while growing up with her grandmother.

“When I was in high school, I went years without seeing my mum. The funny thing is I didn’t know my mum was my mum until I was a certain age. I thought my granny was my mum.” She said.

When Cross asked Angel how old she was when she first met her mother, she replied, “I think I found out she was my mum when I was probably like seven.”

Recall Angel had shared that her mother had her at age 16 and had to deal with the stigmatization of teenage pregnancy. 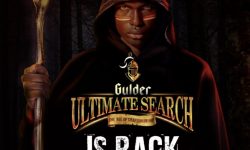 Where To Watch Gulder Ultimate Search? 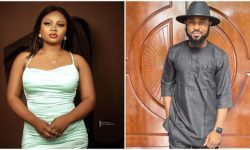