Big Brother Naija Shine Ya Eye housemate, Jackie B, has won N500,000 for emerging victorious in the Boomplay playlist task.

This was announced on Thursday night, after the housemates participated in a playlist task organised by music platform, Boomplay.

For the task, housemates were asked to create a playlist, which will be used to tell a story.

Explaining the task, BBNaija season five winner Laycon, via a video, taught the housemates how to create their playlists on Boomplay.

After that, the housemates were given 10 minutes each to create their playlist which they used in story presentation.

At the end of the task, Jackie B emerged as the winner and clinched the grand prize of N500,000 for the task.

In the second round of the task, which was the ‘Guess the song’ game, the housemates were divided into teams.

Each team will choose a representative and whenever a song introduction comes up, the team is to guess the song and artist correctly.

At the end of this round, Team Highlife won the task and clinched the prize of N1.5m to be shared among the team members.

Members of the team include Whitemoney, Queen, Boma, Tega, Liquorose and Jaypaul. 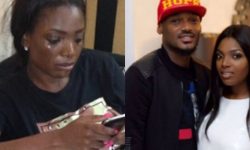 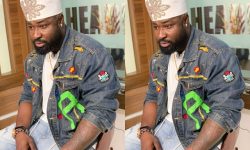 2face Idibia: Don’t Marry a Woman That Can’t Have the Discretion of What Not To Post – Harrysong