In a recent conversation between Sheggz and Bella in the ongoing BBNaija Season 7 show, it was revealed that the other housemates do not look out for them.

Sheggz was talking to Bella in the parlour when he mentioned what happened at their Thursday night party.

He said he was shocked at what Elowag did, some bottles of wine were brought to them and to the surprise of everyone he took the whole bottle just for himself. He said on seeing it he was like “ no, you are joking right, this is fake right? 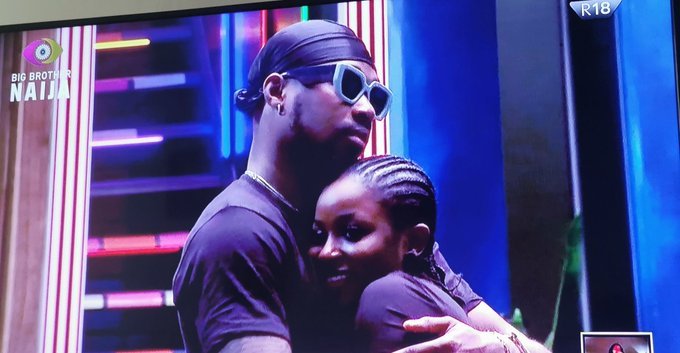 Sheggz said it was when he said that, that he now said he was being fake. He said he knows the other housemates don’t care about the two of them, and it is clear because they hardly remember them when dishing food. He however, revealed that only Groovy and Phyna got his back, hje said if not them, he would died of hunger in the house.

The two love birds who are always together are always not in the parlour when a meal is being served and so most times they are left out.