Ilebaye playfully tried to kiss Kess, but got curved by the married man

A video making the rounds on social media shows the moment Ilebaye tried to kiss her fellow housemate, Kess. Kess is the only married man in the house and he made it known from the beginning of the show that he’s married so it came as a shock to some viewers when they saw Ilebaye move to him in that manner.

Kess however resisted the Ilebaye’s kiss and pushed her away.

However, some viewers of the show claim Ilebaye was only joking with Kess and the clip did not cover the full conversation.

Below are some reactions that trailed the video ;

Zainab wrote – People will wake up to this video and think otherwise,I hope her handler post the full video to see that it was a joke and how they ended up talking about her and Dotun kissing and liking each other

Is it an okay joke NO, but she wasn’t trying to make out with him fr

Dirolaa wrote – She was joking you say ? What if he’d kissed her back then 😂 abegi

Sam wrote – She was joking you say ? What if he’d kissed her back then 😂 abegi

Ray wrote – It was a joke, it was a joke, But if he kissed her back it won’t be joke anymore… She’s desperate 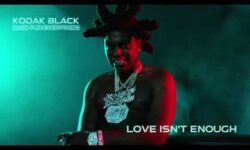