The nine level 2 housemates had all the much-needed fun and party as five of the nominated housemates will be faced with possible eviction on Sunday.

Recall that the following level 2 housemates – Amaka, Groovy, PharmSavi, Daniella and Kess are all up for eviction and as Big Brother has confirmed, at least one of the housemates will be going home on Sunday.

The BBNaija level 2 housemates or Trenches housemates as they’re called by viewers had fun at their pool party with the love birds of the house taking most of the spotlight.

Watch the videos below:

Big brother please tell level 2 to go back inside. I didn't sign up for deeper life pool party #BBNaija pic.twitter.com/Pnr2fDHzqH

I'll keep dwelling on this on every pool party because I can't see any one doing it like her.🤲🤧#WeWantBeautyBack #BeautyTukura #BBNaija pic.twitter.com/kxndS8Rixu

Daniella is definitely missing Khalid at the pool party. She's wishing her man was around.#BBNaija 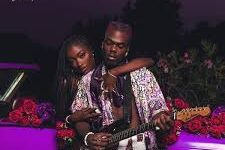