It seems this new change is going to cause a devastating setback to Beauty’s fanbase. This presents itself as a redemption opportunity, they do not just want a star that they can push into the spotlight, they want to stan someone they can hopefully carry to the end of the game.

The idea is to support a contestant who has the same classy vibes as former fave, someone that doesn’t claim a history of suffering but a life high on the social stratum.

Fans have thrown around the suspicion that Beenavies are doing so to shame the voting power of Phynation. 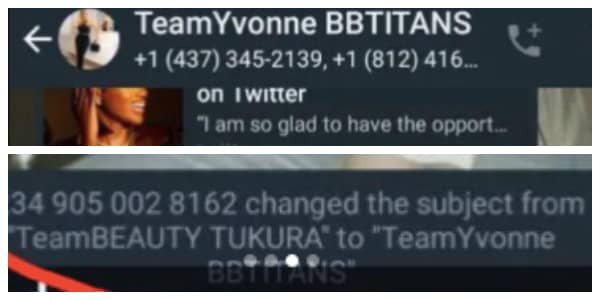 In a group chat that was originally made to support the once Nigeria Queen, they have changed their agenda to supporting Yvonne, this was indicated in a change of name. This change might reduce the engagement that Beauty receives on her posts.