A Nigerian student simply known as Sam has announced that he tied the knot amidts the ongoing ASUU strike.

Recall that the Academic Staff Union of Universities, ASUU, went on strike in February in response to the federal government’s refusal to address its demands.

He stated that after months of waiting for ASUU to call the strike, with no end in sight, he decided to marry. Sam hinted that he had defeated the academic body in an imaginary game.

Sharing the images, he wrote; ”As #ASUU no gree call off strike, I don go marry ooh😌😂 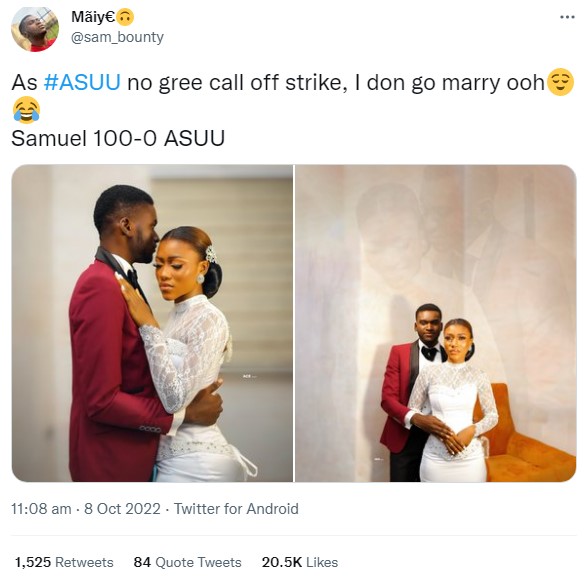