The government of Nigeria has created its official account on Indian microblogging platform Koo, co-founder and chief executive Aprameya Radhakrishna said on Thursday.

The government’s first post was to do with a documentary on Nigeria that will be aired on June 12 in commemoration of Democracy Day.

A few days ago Radhakrishna had said the platform was considering enabling the local languages of Nigeria on its platform as the app is available there.

In a tweet on Saturday, Radhakrishna said: “Koo is available in Nigeria. We are thinking of enabling the local languages there too. What say?”

Radhakrishna had also posted a screenshot of places such as Rwanda, the Philippines, Niger, Peru and Paraguay previously where Koo was available, and another screenshot which mentioned the languages spoken in Nigeria.

Nigeria’s ministry of information and culture conveyed through its official Twitter account earlier that the government was indefinitely suspending Twitter, with minister of information and culture Alhaji Lai Mohammed also citing Twitter’s persistent use of the platform for activities that are capable of undermining Nigeria’s ‘corporate existence.’

Twitter said on June 5 that it was ‘deeply concerned’ after Nigeria blocked the platform.

“Access to free and open internet is an essential right in modern human society. We will work to restore access for all those in Nigeria who rely on Twitter to communicate and connect with the world,” the company said in a statement issued from its public policy account.

Last month, Mayank Bidawatka, cofounder of Koo, told ET that downloads of the app and engagement on the platform were up about five times over the course of three days.

This came after Twitter’s run-in with the Indian government and the Delhi police, with the Ministry of Electronics and Information Technology also using the Koo platform to issue a rebuttal to Twitter.

Bidawatka said many users were looking for alternative platforms to ‘speak their mind’.

“Platforms need to act like enablers and not judge the content from their own point of view. If users feel targeted by a platform because of its biased approach, it can be a breach of trust and a fundamental disconnect,” he had said. 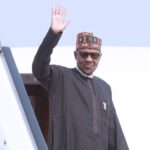 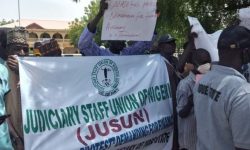