Oba Adeyeye Ogunwusi Enitan, the Yoruba Paramount and Ooni of Ife has reacted to the rumour that he was promised a private jet by Senator Ademola Adeleke, adding that the palace did not issue an official statement on that.

Adeyeye in a report released by his Director of Media and Public Affairs, Mr. Moses Olafare said that the statement stated that a gubernatorial aspirant of the People’s Democratic Party (PDP), Senator Adeleke, during a visit on Wednesday promised to purchase an aircraft for the Ooni does not emanate from the palace.

As reported by Business Hallmark, in Oba Adeyeye’s words: “To set the record straight, no such report was issued from the palace despite the fact that the politician’s speech was twisted by some writers with hidden intentions including to drag the respected stool of the Ooni in mud,” the statement said. jamb results

He said, “while further clarifications could be sought from videos that emanated from the visit, the Ooni’s singular request was for a credible election devoid of crisis for the betterment of all, which the PDP chieftain agreed to”

“‘It is a statement of fact that, in the usual character of all political office aspirants and party’s candidates without exception, the visiting Senator Adeleke made several promises including the reconstruction of roads in Ile-Ife and completion of the Osun State Airport project at Ido-Osun among others. Sadly, these developmental bullet points were mischievously ignored in the viral news reports”. 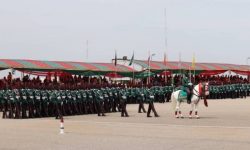 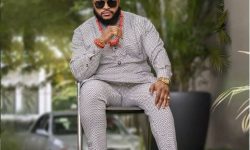