Gubernatorial candidate of Alliance for Democracy (AD) in Oyo state, Engineer Oyedele Hakeem Alao, has condemned Governor Seyi Makinde of the state over donation of one hundred million naira (N100m) for rehabilitation of a portion of the palace of Soun of Ogbomoso palace which was partially damaged on Sunday.

Some angry protesters had on Sunday invaded the palace of the Soun of Ogbomoso, Oba Jimoh Oyewumi and destroyed some property.

Makinde who visited the palace on Monday announced the donation of N100m for the rehabilitation of the damaged portion of the palace. He however announced the sum of one million naira (N1m) each for families of those who lost their lives during the protests.

Alao has however faulted the decision of the Governor for donating N100m for rehabilitation of the damaged portion of the palace. He described the donation as reckless spending considering the financial situation of the state.

Alao added that the state is not buoyant to the point of doling out 2 per cent of monthly allocation to repair some damaged property at the palace.
In a statement made available to journalists on Friday through his Media Aide, Omotayo Iyanda, Alao declared that as a good public finance manager, it is wrong for Makinde to just deep his hand into public coffers and spend recklessly.

He said, “In the wake of the #EndSARS protest in Ogbomoso, the palace of our aged royal father was badly vandalized out of unmitigated anger by our irate youth. Our father, Soun of Ogbomoso, Oba Oyewumi Ajagungbade, had little or no power to mitigate the situation.

“It is commendable that our governor, Engineer Seyi Makinde promptly visited Ogbomoso land but it is appalling that Governor Makinde could be so reckless again to publicly announce N100m for the rehabilitation of the damaged portions of the palace. Oyo State government is not buoyant to the point of doling out almost 2% of monthly allocation. Interestingly, N1m was announced to be donated to the families of those that lost their lives.

“We are not saying our governor should not support our royal father’s palace or the other people. What we are saying is that there are better other ways to come to the aid of the people in distress. Our governor can appeal to the indigenes of Ogbomoso and other Oyo State residents to come together to rescue the situation. As a good public finance manager, you do not just deep your hand into public coffers and spend recklessly”.

Alao while speaking further, added that the ENDSARS protests across the country is not all about banning SARS but an expression of the peoples’ anger against bad governance, widespread corruption, unemployment, nepotism, cronyism, increasing cost of living, insecurity, poor infrastructure and lack of basic human necessity of food, housing and decent allowance.

“It is very obvious that this mass protest significantly by our youths across the country is not only about “End SARS” but is an expression of the peoples’ anger against bad governance, widespread corruption, unemployment, nepotism, cronyism, increasing cost of living, insecurity, poor infrastructure and lack of basic human necessity of food, housing and decent allowance. It is crystal clear from the protests across the country that the Nigerians are getting to the climax of their endurance. It is disheartening and dangerous that the protests do not have a clear leadership yet. This is worrisome as it is almost identical to the Arab upspring of 2011. President Muhammadu Buhari, all members of the political class, our royal fathers, religious leaders and civil society groups should rise up to save this country from the stroke of fire that could engulf it so soon.

“However, it is not enough to just scrap SARS and come up with another police formation in the name of SWAT just three days after the disbandment of the dreaded SARS. And worse still, the IGP Muhammed Adamu has stated that some members of the disbanded SARS are still going to be re-integrated into the new SWAT. The question is: do we need a new police formation right now? What have we done with other formations not scrapped? Is scrapping the real action needed to get a responsible corrupt-free policing in Nigeria? What about the huge cost of setting up a new police formation? Will the new set-up be able to face the challenges of the insecurity in the country? How will the IGP monitor the new formation to ensure it does not revert to SARS antics? Are there going to be regular courses for the members of the SWAT team on human behavior and civility?

“The IGP should know that corruption in our policing system in Nigeria is so endemic that the junior officers give illegal returns and kickbacks to their superiors and that is why the issue looks intractable. What we need now is not just scrapping and come up with a new formation just in nomenclature.

“The police force in Nigeria needs a holistic reform, reforms having to do with civil conduct, set of behaviours, contentment, good funding of policing, demolition and reconstruction of the existing police accommodation, provision of social insurance scheme, establishment of a special supermarket in the various police formations with reduced prices of commodities, engagement of supermarkets and stores across the country to sell to police at discounted rates (as applicable in US and Europe) and getting rid of the bad eggs in the system in all the rank and file of the police, thorough investigation of officers who abused their positions and bringing them to book, etc”. 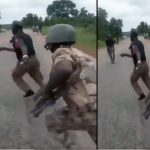 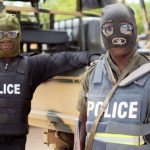 #EndSARS: Nigerian Police Force Reforms- 37 ex-SARS Officers to be Dismissed as 24 Others to be Prosecuted