Abdulsalami Abubakar: What Obasanjo told me after I released him from detention

Former Head of State, General Abdulsalami Abubakar, has revealed that former President Olusegun Obasanjo threatened to sue the military government after he was released from prison.

Speaking in an interview with Trust TV, Abubakar also said it was laughable the accusation that his government imposed Obasanjo who later became the President and served for two consecutive terms of eight years.

Reminiscing on the event of the period before Nigeria’s transition to the civilian government in 1999, the former head of state recalled that Obasanjo told him he wanted to sue the military government for “crumbling” his businesses.

The elder statesman said, “I always smile and laugh when I am accused or my government is accused of imposing Obasanjo. Now of course we released Obasanjo and other prisoners and pardoned them. So when Obasanjo was released he came to see me, saying he was going to take the government to court. “Why are you going to do that?”

“He said his business was crumbled by the military, his human rights have been violated, that he did not commit any coup and so on and so forth.I said ‘Sir, please let bygone be bygone, thank God you are alive today, forget about these things. Some of the issues you mentioned, within my power I will look into that, so we left it at that’.

Abubakar also stated that the government tried to “rehabilitate” Obasanjo and other released prisoners who complained that their businesses were affected.

“Well I am thinking of his businesses, whether he was helped with something to revive them which was one of his complaints. 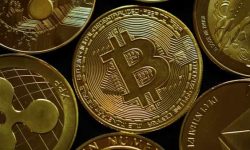 Bitcoin and Cryptocurrency Trading For Beginners 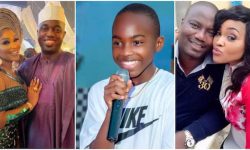